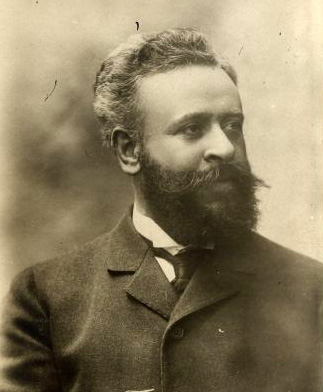 Franchetti is a historical footnote, best known for having turned down the libretto to Tosca.  In his day, however, he was a respected composer; the Freunde Franchettis (Friends of Franchetti) write that he was Puccini’s only serious rival at the turn of the twentieth century.

He was known as “the Italian Meyerbeer”.  Like that great composer, Franchetti was a wealthy Jew who composed historical grand operas with impressive choruses, and whose style combined the German symphonic and harmonic tradition with that of Italian opera (verismo in Franchetti’s case, bel canto in Meyerbeer’s).

Franchetti was born into an aristocratic Sephardic Jewish family; Vittorio Emanuele II made his father Baron, a title Franchetti inherited.  The young composer studied in Venice, Dresden, and Munich, and made his name with a Symphony.

His first opera, Asrael, was a smash hit, performed throughout Europe and the Americas.  His most popular opera was Germania; Toscanini conducted the première, with Caruso in the tenor role.